If you were unable to attend the Band Parent Meeting last Tuesday, you can read all about it right here. Perhaps the most important item discussed was how to continue moving forward in formalizing this organization. You’ll be getting more information about this in forthcoming emails and we’ll also be asking for your input. Stayed tuned.
____________________________

First Time’s a Charm
After a rather entertaining Friday evening of rolling golf balls down Redmond Hill Road, we figured out a layout that would ensure most of them made it to the bottom without careening off in all directions.

Then on Saturday, about 300 of them were released and the first ten to arrive at the end earned prizes for their sponsors. Our thanks to the Vortex, Timmreck & McNicol Jewelers, Inner Oasis, Mac Sports, Mes Amies, Dr Adam Francois, Incahoots, Janet Gahr, and David Barton for donating the prizes!

Where Are They Now?
Right about now, the Oregon Crusaders are probably in the vicinity of Cozad, Nebraska as they continue their 14,000 mile road trip around the United States. As you likely know by now, a Mac Band member is performing with them this season. What would she tell others who aspire to a challenge like this?

I would definitely tell them that every second matters, never take a rep for granted. Also you can never really stress how important practicing with performance quality is. The most important thing though in my opinion is that you do this for yourself, practice and perform the best you can and have fun, having a bad attitude ruins it for not only yourself but also the people around you.
~ Lexy 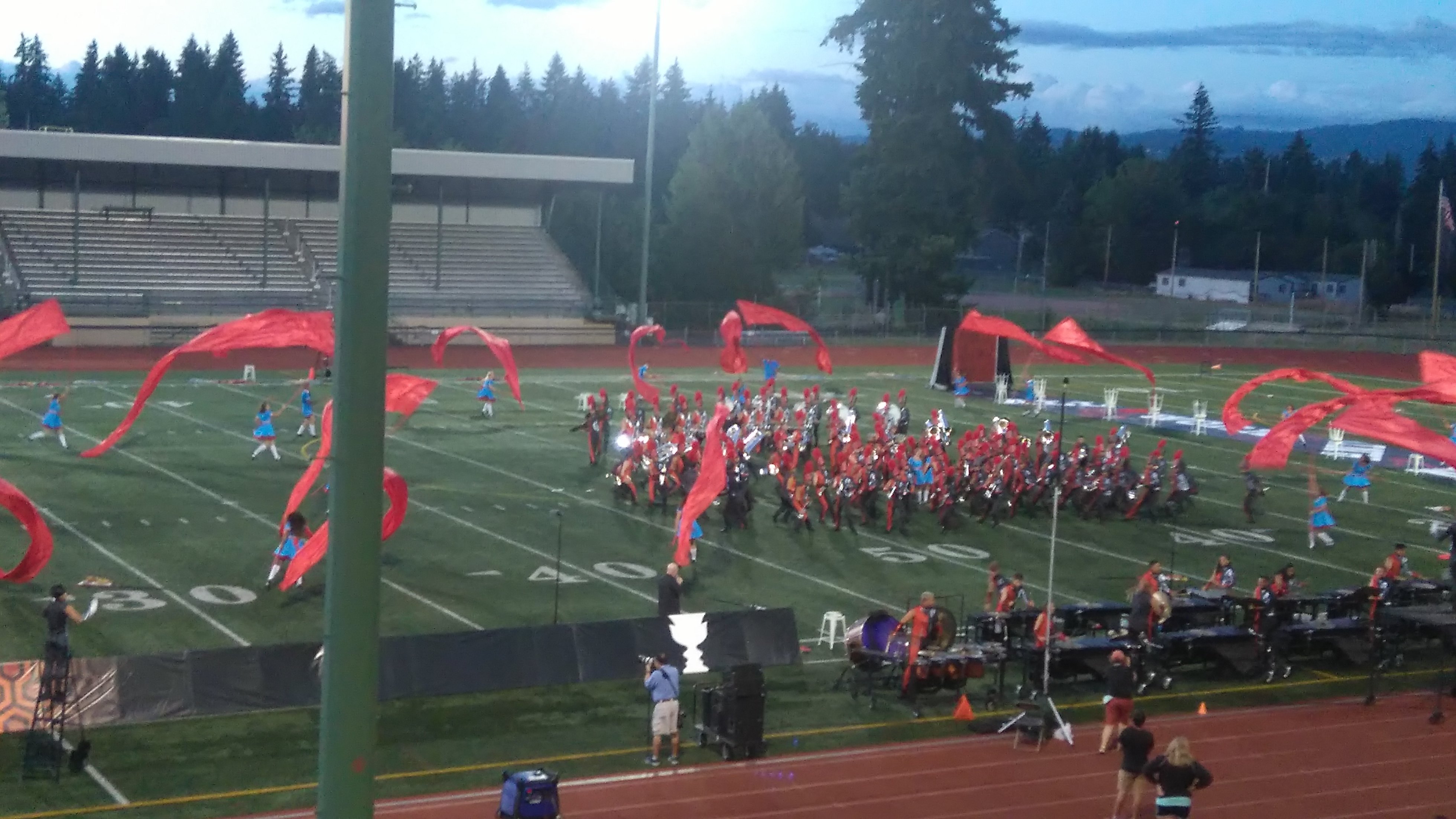