Last Tuesday’s fundraiser at McMenamins was an unconditional success! Due in no small part to the Jazz Band’s excellent performance and the friendly McMenamins staff who helped in whatever way they could and also let us have free rein in rearranging the furniture. It’s often a challenge to fit 20 musicians into a small space, but after positioning and re-positioning the couches, chairs, tables, and the odd plant, we found a setup that got them all in (and even facing the right direction.) And because of a large turnout of happy and hungry diners, McMenamins presented us with a check for $2,263.40! 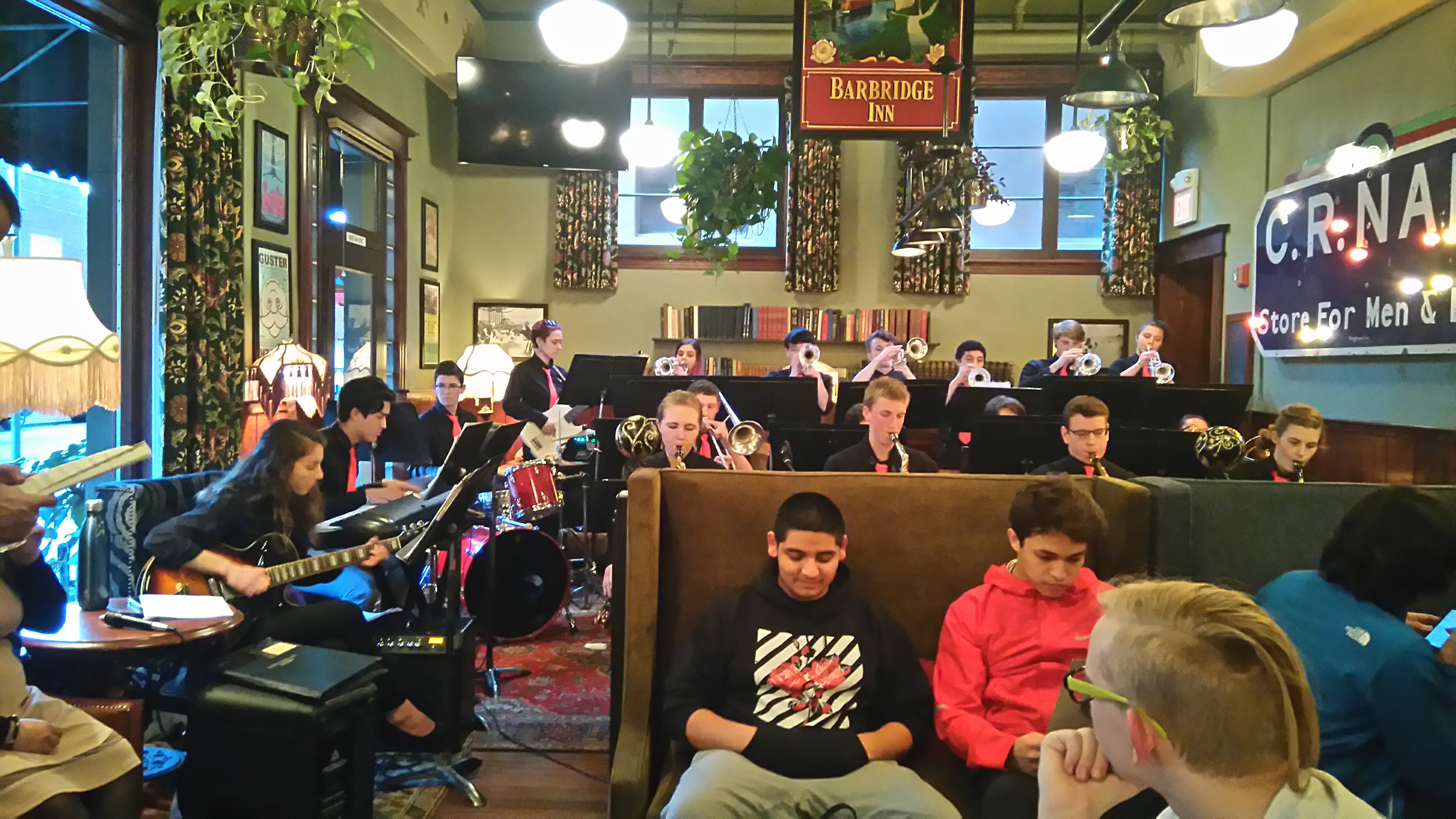 Band-a-Palooza
Beginning at 7:00 p.m. on Thursday the 22nd, Band-a-Palooza will be taking over the Red Gym at the high school. With Middle School, High School and Second Winds Bands performing, this is the place to hear all the great band music that is happening around town.

I found the following story on the Duniway Website. No doubt these Honor Band students will be at Band-a-Palooza as well. 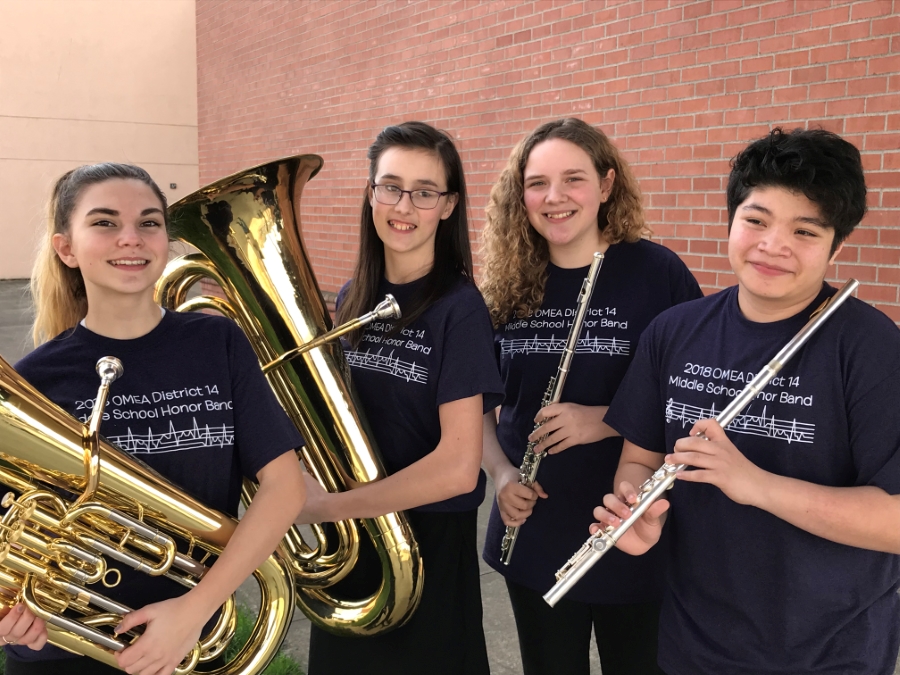 Laura Barton, Anthony Cano Luna, Riley Pavelek, and Lily Summerfield participated in this year’s honor band. They rehearsed with 82 of their new band friends from 15 different middle schools for over 13 hours. That’s the equivalent of 2.5 weeks of regular band class packed into one musically filled weekend! They performed an amazing concert for a crowd of nearly 500! They represented Duniway proudly and with distinction!
______________________________

Winter Guard Show
And to finish off a busy week, there is a Winter Guard Friends and Family Show on Friday the 23rd at 7:00 p.m. in the Red Gym. Everyone is welcome and encouraged to come see the results of the many hours of hard work this group has put in. The Guard has even more hours of hard work coming up on the Wednesday and Friday of Spring Break. They will be getting in some last minute practice time before competing in the NWAPA Winter Guard Championships on March 31st.