Here’s a quick recap of the last week – it was busy one! 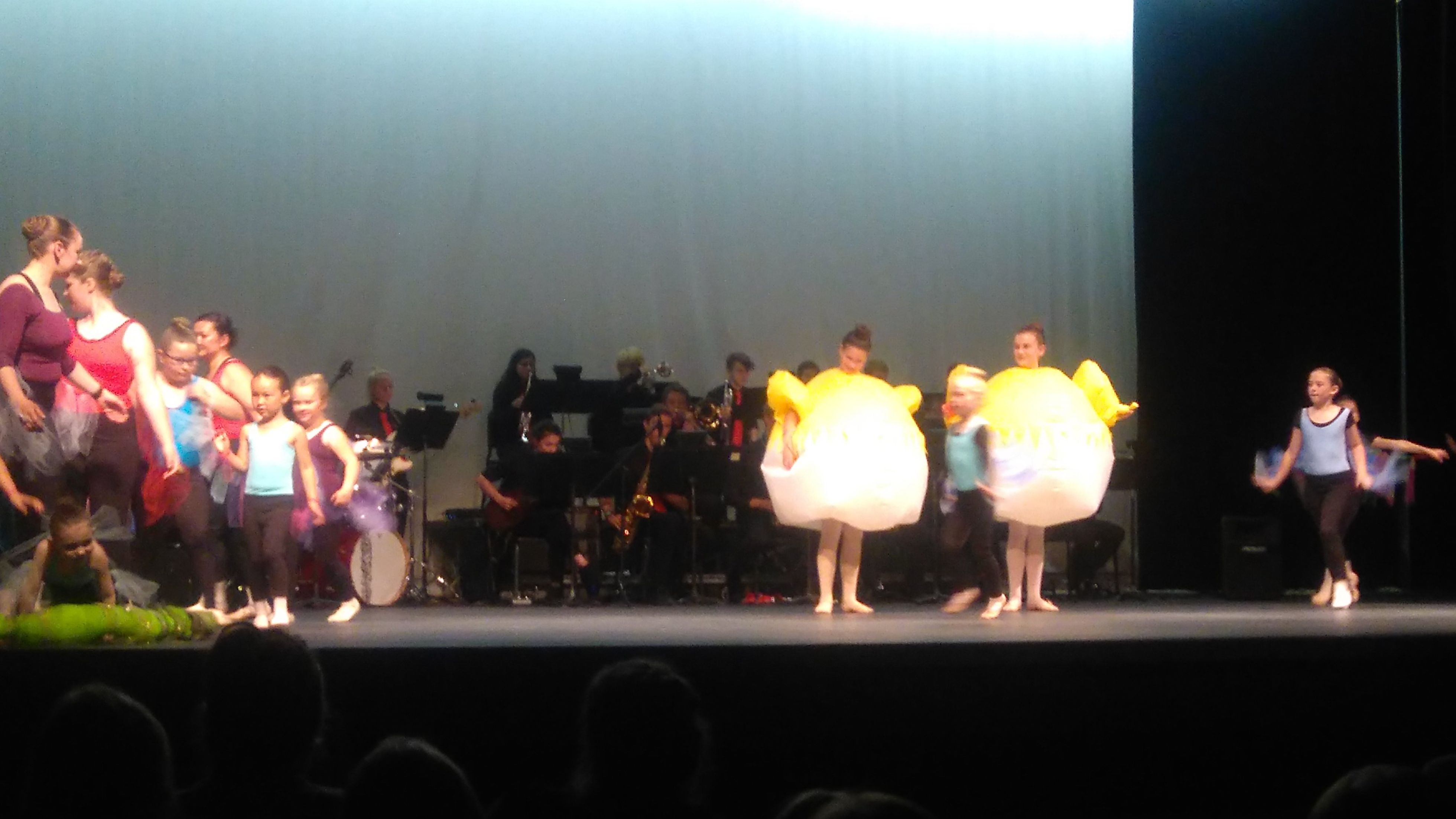 On Tuesday, the Jazz Band and Marchant Ballet joined together for an evening of music and dance. This is their 3rd year of performing together and in my opinion this was certainly the best. The picture is from their interpretation of the classic Weather Report tune, ‘Birdland’.

Thanks to everyone who turned out for the Band Parent Meeting last Friday. Mr. Barton gave an overview of what’s ahead for the band program for the upcoming school year and we had a chance to meet and talk with some parents who have students entering the high school program. If you were unable to attend, you can find the updated version of the Band Parent Handbook by clicking here. There are some key dates listed on the final page and we’ll be getting the online calendar updated over the next couple of weeks.
______________________ 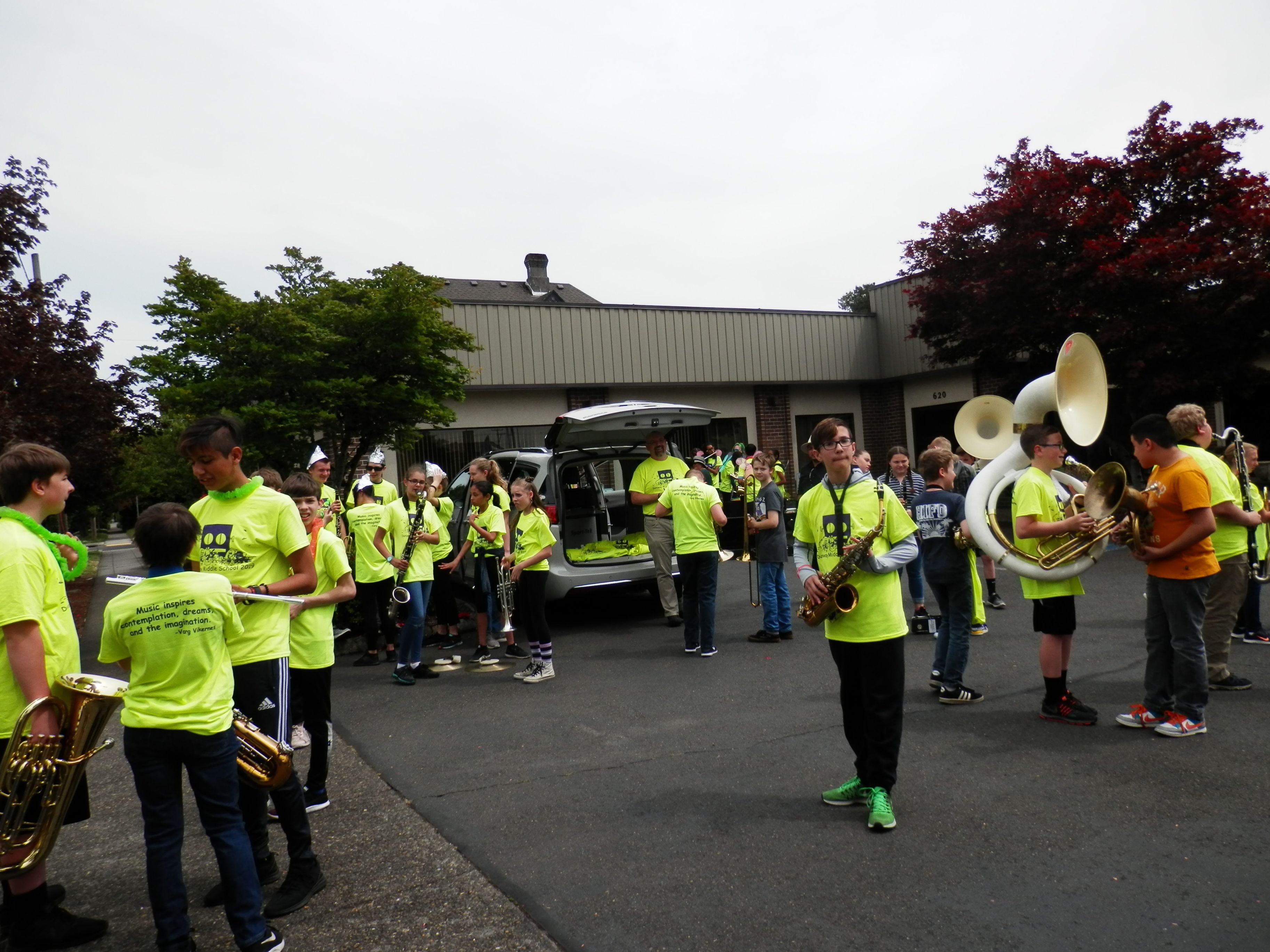 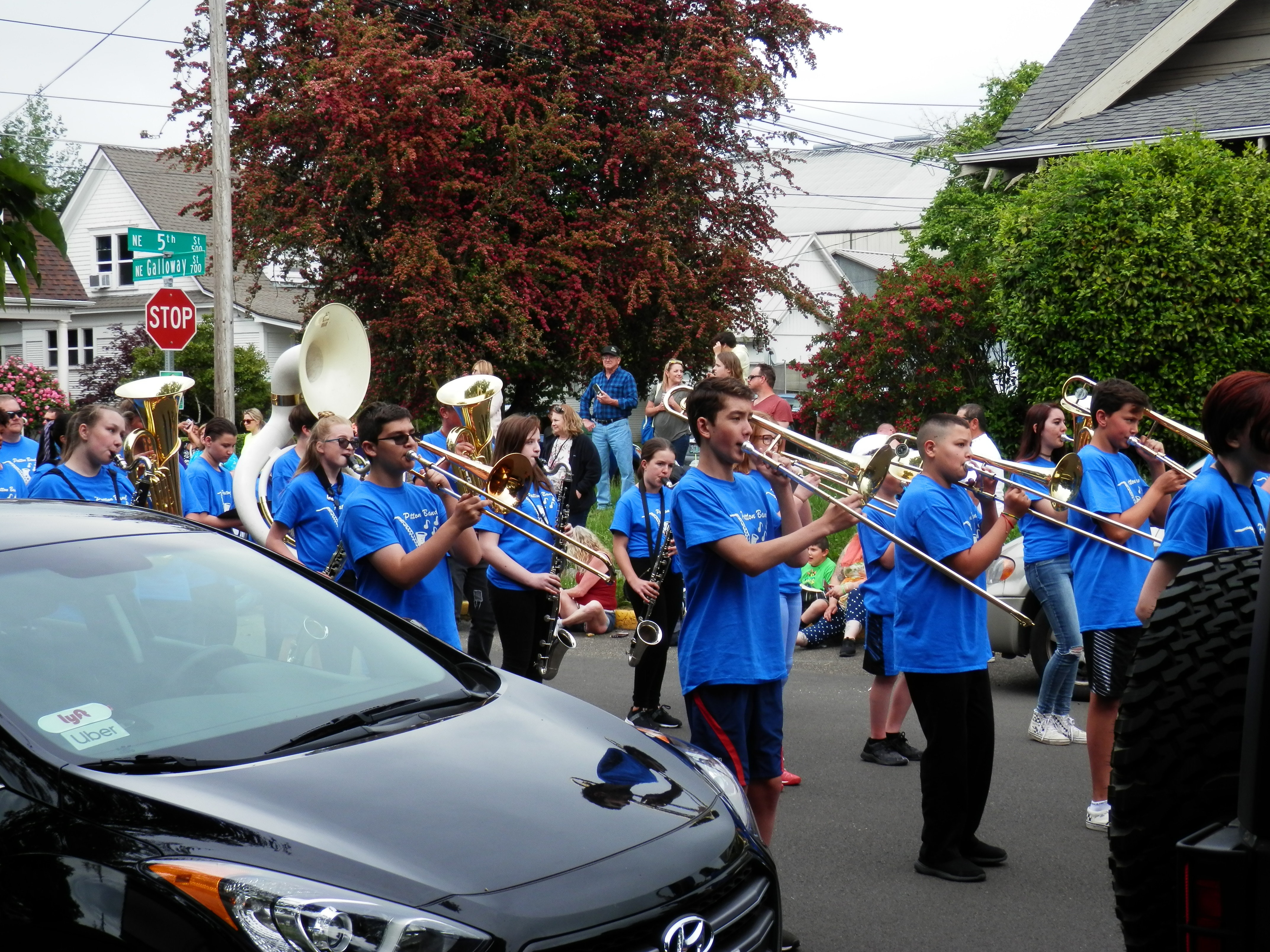 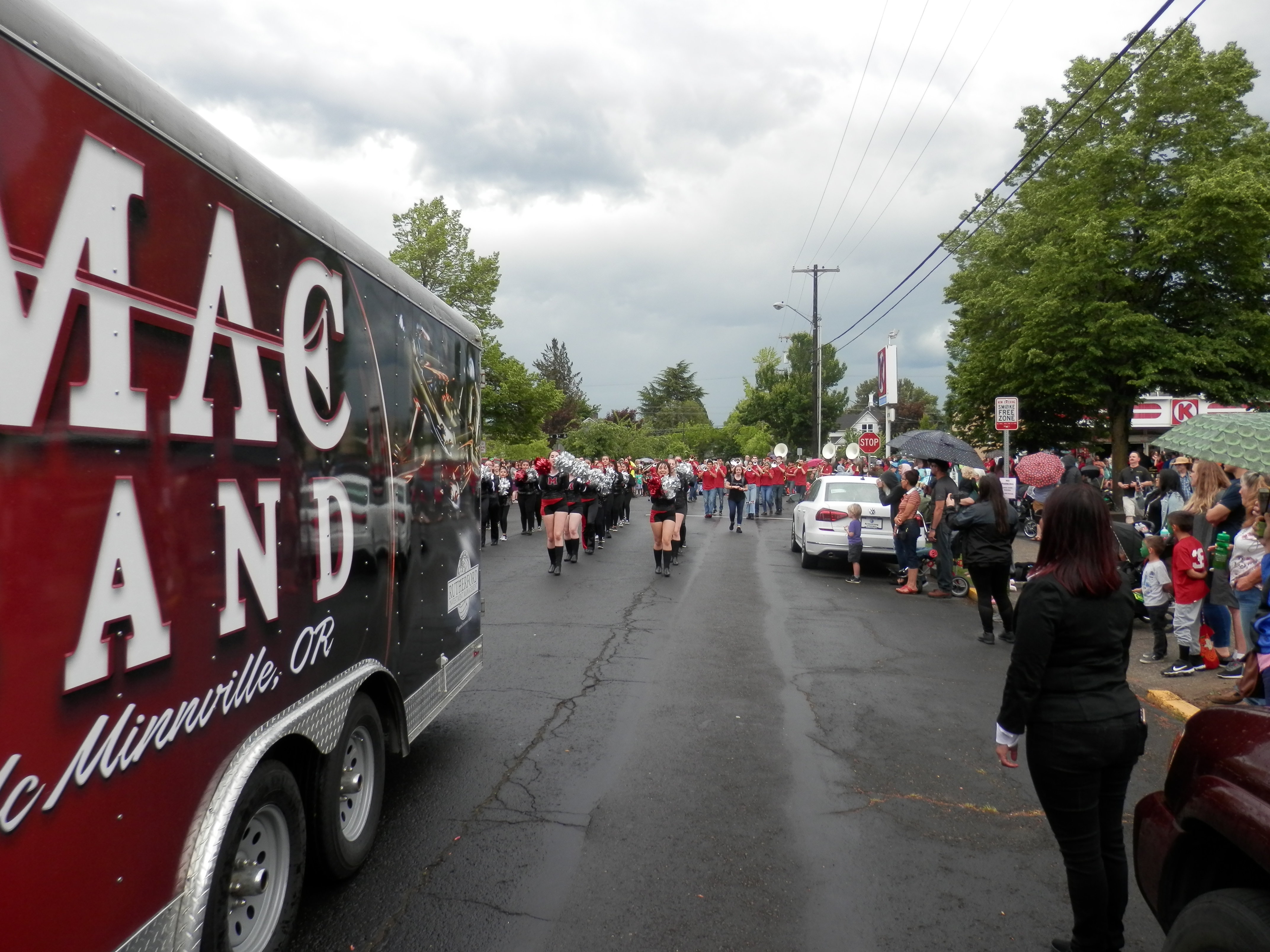 Saturday’s Alien Days Parade marked the beginning of the parade season for the McMinnville Bands. Duniway, Patton, and MHS Bands took to the streets and played to a large and enthusiastic crowd. I also spotted the Linfield Band just before we got started along with bands from Beaverton and Medford making trip to McMinnville to join in the fun!

For some reason, Mr. Barton decided that he should walk with the band during the parade and left it to me to drive the truck and trailer. I quickly passed that duty off to Collin and I’m sure there are many kids in McMinnville that still have use of all their little piggies because of his expert driving skills – especially around the tight corners. I’m sure I would have run over a few toes if I’d been behind the wheel.

It was overcast and calm with just a few sprinkles during the event and luckily, the parade finished just before the weather went a little crazy and sent everyone scrambling for cover.
______________________ 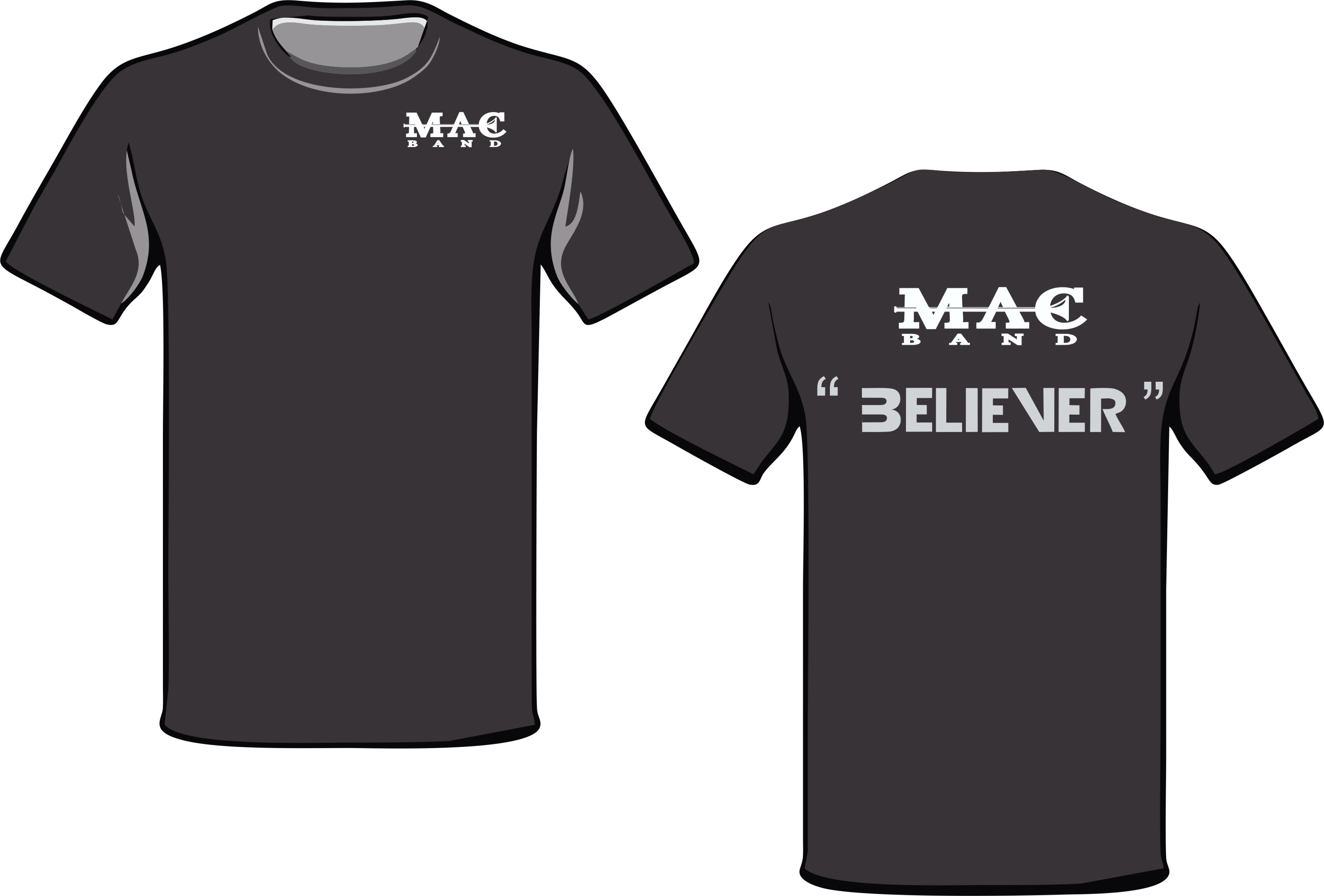 This year’s parade music for the high school band is “Believer” by Imagine Dragons and that is the inspiration for the new t-shirt you can purchase to show your support for this great group (the Mac Band that is;)

5th Grade Band Concert – Tuesday, May 21st @ 6:00 p.m. in the Patton Middle School Gym. Come on down to hear the future members of the Mac Band!