On Thursday evening at 6:30, the Jazz Band opened the show at Patton Middle School with a lively set of tunes. Normally at these kinds of concerts which include the 5th grade band, middle school bands, and a high school group, the performance order runs from youngest to oldest. But since many of the high schoolers had to be at another concert at the high school at 7:00, the Jazz Band was first up. If you haven’t heard this year’s group you are really missing out. they are playing some fun and often challenging pieces. They have a lot on the schedule in April (details in a future email), so I encourage you to get out and hear them. 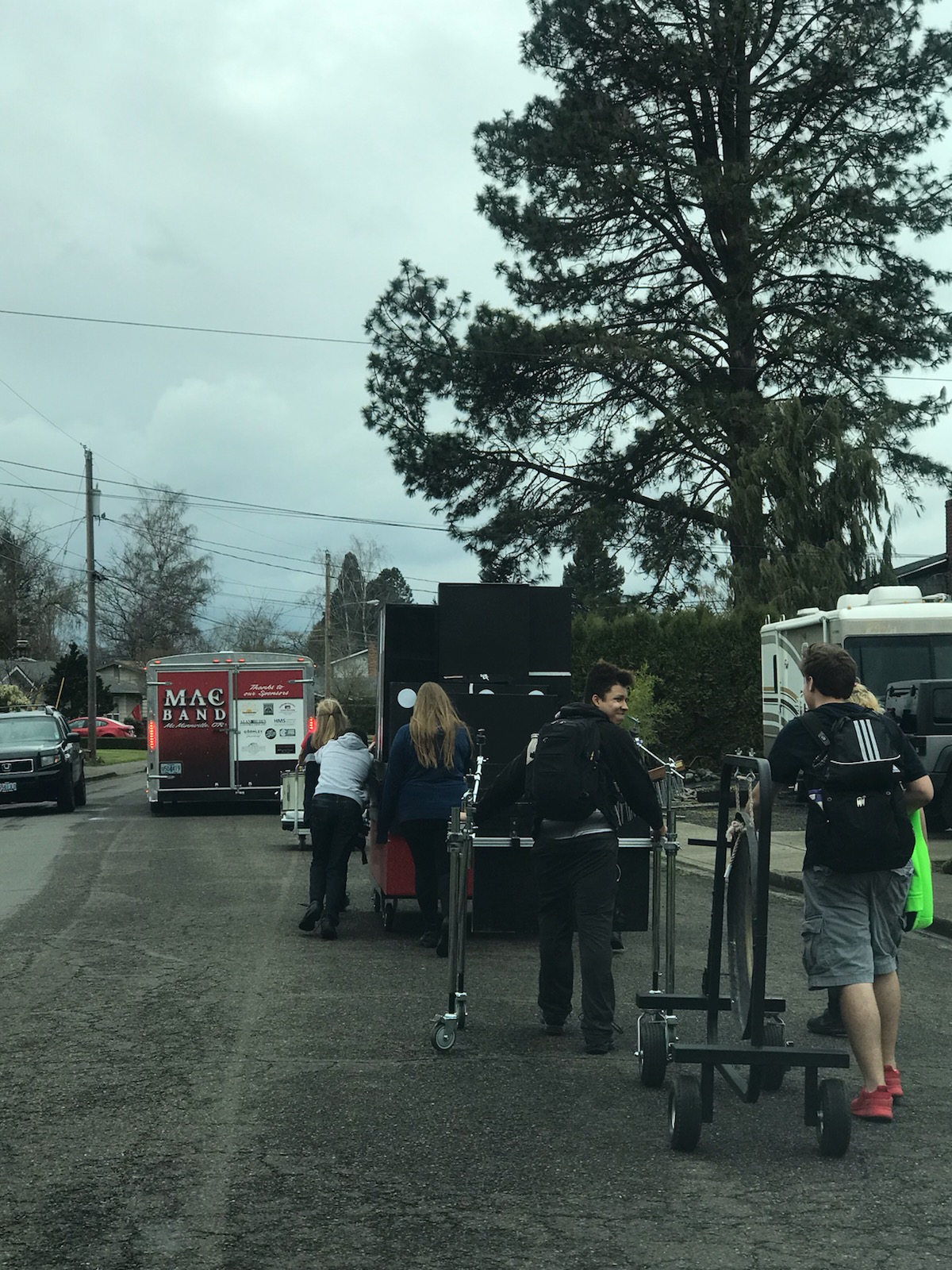 On Friday afternoon, the Winter Guard and Winter Percussion succeeded in performing at Patton Middle School. The first part of the assembly ran long and there wasn’t much time left for the groups to perform. So after the Winter Guard completed their show, the Winter Percussion took the floor as hundreds of middle schoolers were rushing out to catch their buses. Nevertheless, both groups were great and cheered each other on for exciting performances.

If you’ve been involved with the challenge of getting the equipment for both groups loaded into the band trailer, you know that sometimes it’s just easier to pull it down the street. Besides, it was only about 9 blocks from Patton back to the high school. Thanks to Jamie for driving the escort car and taking this photo of our impromptu parade. 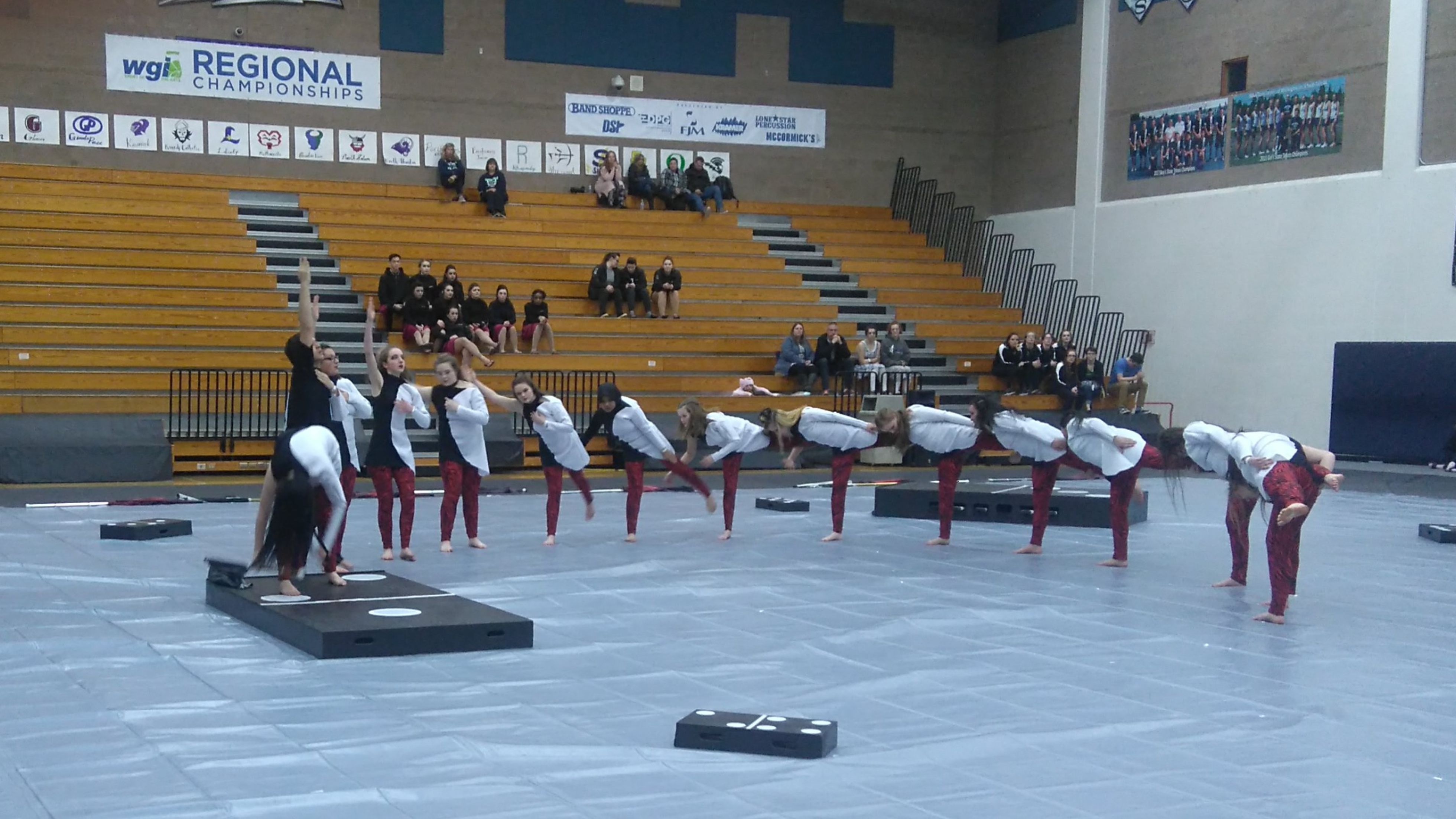 The Winter Guard will wrap up their competitive season this Saturday, March 30th. The Winter Guard Championships take place at Liberty High School and with 35 groups competing, each will only have the opportunity to perform once. McMinnville will take the floor at 2:11 p.m.

If you won’t be able to make it to the show, plans are still in the works for a “friends and family” performance in early April. More details in next week’s email. 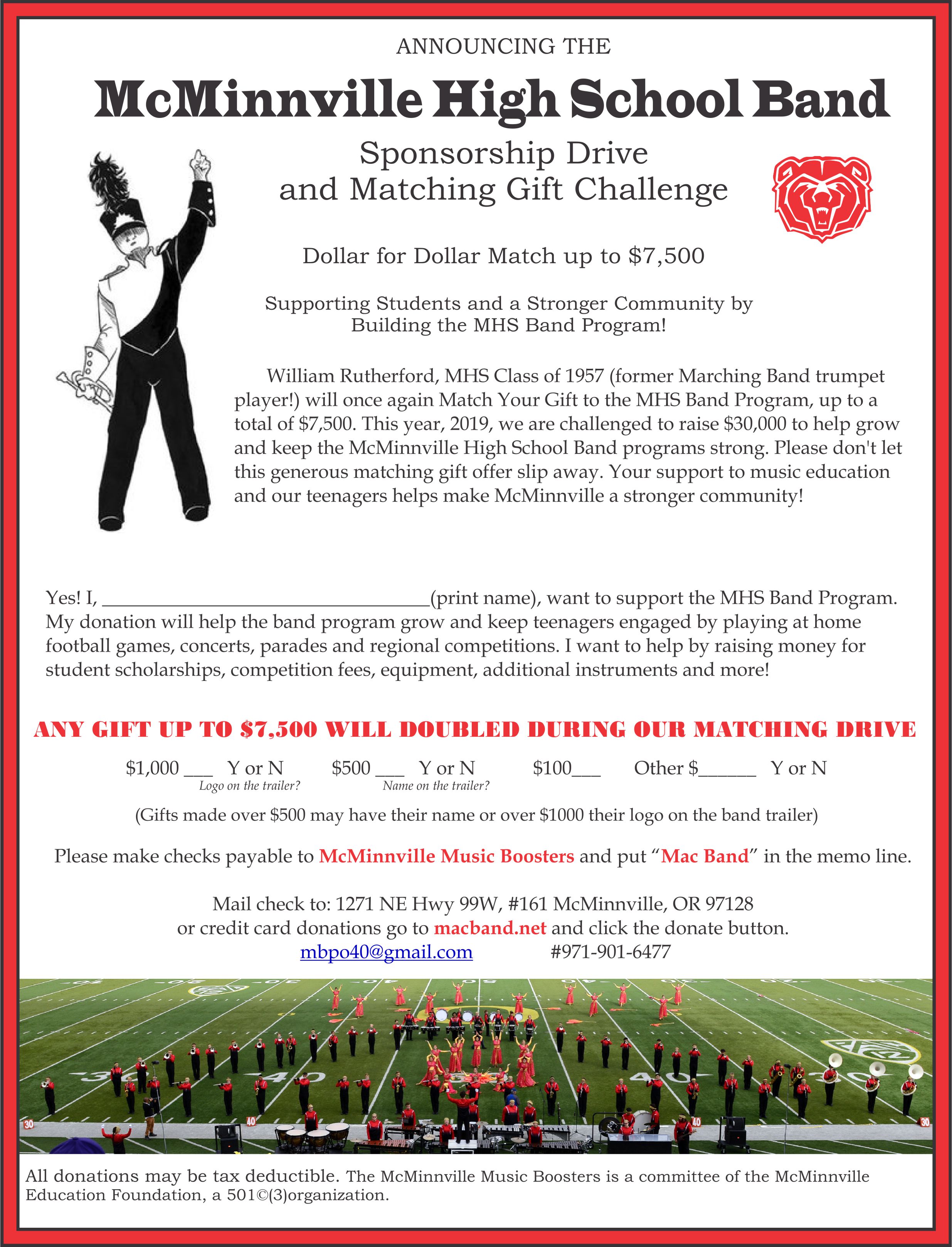 We have just a little over a month to go on this year’s Sponsorship Drive. If you know of anyone who may be interested in contributing to the MHS Band program, please let them know. Here’s the link to the Sponsorship Drive letter that you can print, but by far the easiest method is to visit the Macband website and contribute there.